The exhibition 'Munch : Van Gogh' closes 17 January 2016. Discover the parallels between Vincent van Gogh and Edvard Munch before it's too late.

In Munch : Van Gogh, the focus is on the parallels between two iconic artists. Their visions on life and art are closely related, despite the fact that they never met. Their work is colourful, intense, expressive and radical. Their lives are remarkably similar in many ways.

For that reason, Vincent van Gogh (1853-1890) and the Norwegian artist Edvard Munch (1863-1944) are often mentioned together. Experience it for yourself and book your tickets online now.

For the first time, the exhibition studies in detail the similarities between both artists. Among more than one hundred artworks, there are several iconic masterpieces and works on special loan which are rarely lent out, such as The scream and Madonna by Edvard Munch and Starry night over the Rhone and Patience Escalier (‘The farmer’) by Vincent van Gogh.

Munch : Van Gogh offers the unique opportunity to admire an important part of the work of both artists in one location.

Take a different look at the exhibition highlights. You not only see all the paintings, you also know what the artists wanted to say in them. You can book the multimedia guide with your online ticket for only € 5.

A colourful catalogue accompanies the exhibition. The emotionally charged works by Munch and Van Gogh, their innovative style and turbulent lives are extensively discussed based on over 200 works and photos.

Every month, you can attend a Sunday lecture in which we highlight a special aspect of the exhibition. On 11 October, 8 November, 13 December and 17 January.

Like Munch and Van Gogh, get to work with paint and play with lines and colour. Every last weekend of the month from September to November, there are free walk-in workshops.

Why did Munch paint The Scream? And what is the meaning of Van Gogh's The Bedroom? A guided tour helps you get more from the Munch : Van Gogh exhibition. Book your private tour with max. 15 people.

Ten cultural organisations, one unique partnership. This autumn, cultural Amsterdam is all about Munch and Van Gogh.

The cultural programme Munch : Van Gogh & shows that the heritage of both artists is more than just paint and canvas. Think of music, debate, film, performance art, lectures and more. Venues include the EYE and the Balie and performances by the Royal Concertgebouw Orchestra.

The installation We are guided by the same stars by artist and musician Richard Bolhuis is on view in the Van Gogh Museum's auditorium until 17 January 2016.

Straight to the heart: what do you feel?

Munch and Van Gogh both wrestled with the great emotions of human existence. Their themes included love, fear, spirituality, and death. They often wrote about these subjects. They also expressed their feelings and ideas in their paintings. That’s why their work goes straight to the heart.

But what about you? What are you afraid of? When was the last time you fell in love? Or felt sad? What do you believe in?

Let us know during your visit to the museum. Every month the most inspiring quotation will be posted online: #MunchVanGogh.

Collaboration with the Munch Museum

Munch : Van Gogh is the result of a long-term collaborative project between the Van Gogh Museum in Amsterdam and the Munch Museum in Oslo. Both museums manage, research and present the most important and largest collections of works by Van Gogh and Munch in the world.

The exhibition at the Munch Museum was on view from 9 May until 6 September 2015.

During his short life, Van Gogh did not allow his flame to go out. Fire and embers were his brushes during the few years of his life, whilst he burned out for his art. I have thought, and wished – in the long term, with more money at my disposal than he had – to follow in his footsteps.

The exhibition is made possible by: 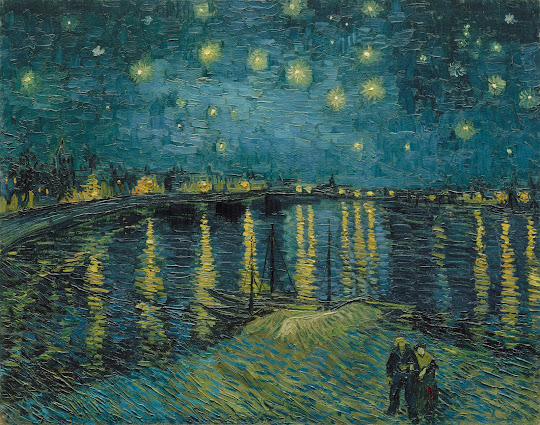 Read the story about the striking parallels between Vincent and Edvard