This exhibition 'Daubigny, Monet, Van Gogh: Impressions of Landscape' is the first to explore Daubigny’s role as the founding father of Impressionism and as a major source of inspiration for Vincent van Gogh. On view until 29 January 2017.

In the 19th century, Charles François Daubigny (1817-1878) was one of the most important French landscape artists. He became renowned for his urge for innovation, and was popular with collectors, critics and the general public, as well as with other artists.

In the mid-19th century, an increasing number of artists headed into nature to capture the landscape. Daubigny adopted an extremely personal approach to his depictions of nature. With his loose, sketch-like technique and novel compositions, he redefined the genre.

Daubigny worked on his paintings from a studio boat in the middle of the river, inspiring other artists such as Claude Monet. You can experience painting landscapes from Daubigny's perspective yourself with the modern, multimedia version of a studio boat especially designed for the exhibition.

Daubigny had a strong influence on Impressionists such as Monet, Pissarro and Sisley. In turn, he himself was also inspired by this younger generation of artists. Daubigny also served as a shining example to Vincent van Gogh.

Van Gogh considered him to be one of the forerunners in the ‘beginning of the great revolution in art’. The exhibition clearly illustrates the interaction between Daubigny and the Impressionists, and the French artist's influence on Vincent van Gogh.

Drawings of the Landscape

Landscape drawing was extremely popular in the 19th century. This is reflected in the sensitive natural scenes painted by the Barbizon School, but also in Van Gogh’s expressive peasant fields.

Running alongside the exhibition, we present highlights from our collection of French landscape drawings in the Print Room.

At 3:30 pm every Thursday, join one of our free Gallery Talks and explore the exhibition highlights together with a museum tour guide.

If you would like to learn more about the art on display, book a private tour for up to 15 visitors and gain a fresh perspective on the exhibition.

To find out more about the themes examined in the exhibition, attend the free lecture in English on 23 October. Lectures will also be held in Dutch on 6 November, 11 December and 8 January. Our curators and researchers will introduce the various themes in detail.

The exhibition is accompanied by a richly-illustrated publication exploring the interaction between Daubigny and the Impressionists, his innovative artistic practices and his influence on Vincent van Gogh. Available in English and Dutch, € 24.95.

The exhibition is made possible by: 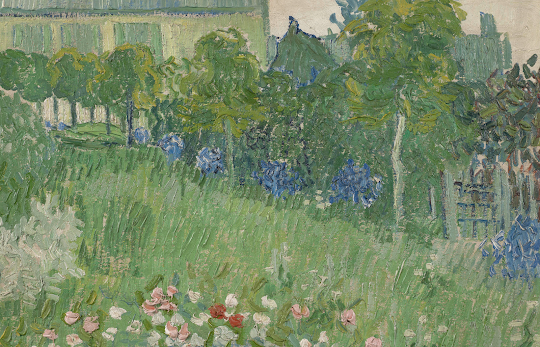 Why was Charles-François Daubigny one of Vincent van Gogh’s great examples? Read the story