The Yellow House in Arles

Vincent was delighted with the bright light and colours in Arles, and set to work enthusiastically, painting orchards in blossom and workers gathering the harvest. He also made a trip to the coast, where he painted the boats.

His style became looser and more expressive. Vincent corresponded with Theo about his plan to set up a ‘Studio of the South’ in Arles for a group of artists whose work Theo could sell in Paris.

'You know I’ve always thought it ridiculous for painters to live alone &c. You always lose when you’re isolated.'

With this ‘artists’ colony’ in mind, Vincent rented four rooms in the ‘Yellow House’ on Place Lamartine. Paul Gauguin was the first – and, as it would turn out, the last – artist to move in with him.

Gauguin arrived in late October 1888, but only after considerable cajoling. Theo had to stump up his travel expenses, for instance, but he was glad to do so for Vincent’s sake:

'So Gauguin’s coming; that will make a big change in your life. I hope that your efforts will succeed in making your house a place where artists will feel at home.'

Van Gogh and Gauguin worked hard together and their collaboration resulted in some exceptional paintings. At the same time, however, the two men had very different views on art, which led to frequent, heated discussions:

'Gauguin and I talk a lot about Delacroix, Rembrandt &c. The discussion is excessively electric. We sometimes emerge from it with tired minds, like an electric battery after it’s run down.'

Gauguin worked mainly from memory and his imagination, while Vincent preferred to paint what he could see in front of him. Their very different characters caused the tension between them to rise steadily.

Vincent began to display signs of agitation and when Gauguin threatened to leave, the pressure became too much. Van Gogh became so distraught that he threatened his friend with a razor. Later that evening, he sliced off his own ear at the Yellow House, wrapped it in newspaper and presented it to a prostitute in the nearby red-light district.

The end of a dream

The morning after he cut off part of his ear, Vincent was admitted to the hospital in Arles. Theo rushed down on the train as soon as he heard the news:

'I found Vincent in the hospital in Arles. The people around him realized from his agitation that for the past few days he had been showing symptoms of that most dreadful illness, of madness, and an attack of fièvre chaude, when he injured himself with a knife, was the reason he was taken to hospital. Will he remain insane? The doctors think it possible, but daren’t yet say for certain.'

Theo returned to Paris immediately after visiting the hospital, accompanied by Gauguin. Vincent’s dream of a shared studio had proved to be short-lived.

He remembered little about the ear incident and when he was discharged from the hospital in early January 1889, he resumed painting. In the months that followed, however, his mental health fluctuated sharply. Fearing a fresh bout of illness, he had himself voluntarily admitted to Saint-Paul-de-Mausole psychiatric hospital in Saint-Rémy in May. 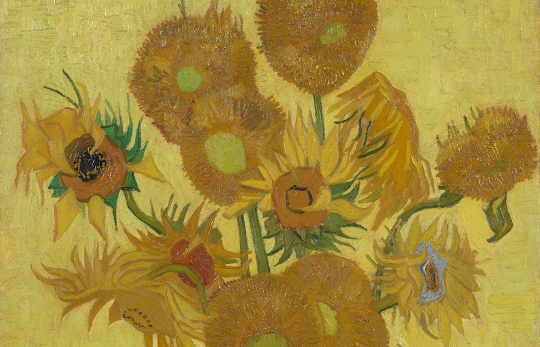 Did Vincent van Gogh find it hard to stay friends with people? Read the story

On the Verge of Insanity 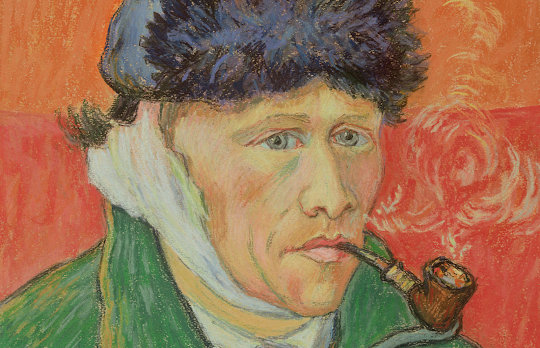 How did Vincent van Gogh cope with his illness? Read the story and learn more