From Etten to The Hague

In the spring of 1881, Vincent moved back in with his parents, who were now living in Etten, also in Brabant. He practised drawing and frequently worked out of doors. In the meantime, his brother Theo had been appointed manager of Goupil & Cie in Paris. He supported Vincent financially so he could focus entirely on his art.

Vincents parents, by contrast, were extremely disappointed that their eldest son had chosen the life of an artist, which in their eyes was synonymous with social failure. It did not help that Vincent had fallen in love with his cousin, Kee Vos. Kee was a widow and wanted nothing to do with him, but Van Gogh persisted. This did not go down well with his family and, following a row with his father, Vincent walked out of his parents’ house on Christmas Day 1881. He found a new home in The Hague.

'Pa cannot empathize or sympathize with me, and I cannot settle in to Pa and Ma’s routine, it’s too constricting for me — it would suffocate me.'

Vincent took painting lessons in The Hague from a cousin by marriage, the celebrated artist Anton Mauve. Van Gogh felt his drawing technique was not yet good enough, so he also continued to practise fanatically. An uncle gave him his first commission: twelve drawings of city views in The Hague. The series gave him the opportunity to develop his perspective skills. Mauve taught Vincent the basics of painting in watercolour and oils and Van Gogh visited his studio almost every day.

Vincent met Sien Hoornik in early 1882. She became both his model and his lover. Vincent’s friends and family (including Mauve) were shocked, as Sien was a former prostitute. What’s more, she was pregnant and already had a five-year-old daughter. Vincent felt sorry for Sien, though, and was determined to take care of her. They rented a studio in which she, the little girl and the new baby could all live as well. Theo did not approve of Vincent’s choice, but continued to support him financially. Vincent remained stubborn, but eventually realized that his relationship with Sien was not working out the way he hoped, so he broke it off.

'I knew from the outset that her character is a ruined character, but I had hopes of her finding her feet and now, precisely when I don’t see her any more and think about the things I saw in her, I increasingly come to realize that she was already too far gone to find her feet.'

Vincent to Theo, Hoogeveen, around 14 September 1883

Following his split with Sien, Vincent travelled to the countryside in Drenthe to draw and paint the heathland and moors. He thought the landscape beautiful and set to work in good spirits. Nevertheless, the province did not only bring him peace and inspiration:

After less than three months, the rain, cold and isolation drove Vincent away from Drenthe to his parents’ new home in the Brabant village of Nuenen. 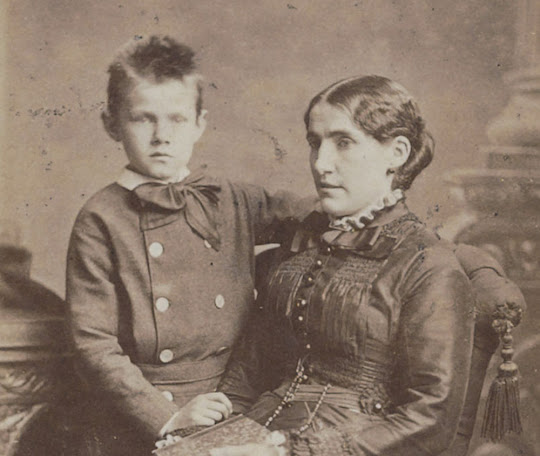 Was Vincent van Gogh ever lucky in love? Read the story