The Van Gogh Museum has carried out a huge amount of research since 1990 into Van Gogh’s painting and drawing materials, including his canvases. In 2007, the museum began to collaborate with a team of computational engineers to identify which types of canvas he used. The engineers have worked with restorers and art historians to develop a computer program that can analyze the weave pattern of the canvas on which a particular work is painted, based on a digitized X-ray. The program is still being refined, but it is already clear that the results it generates could make a significant contribution to sequencing and dating Van Gogh’s paintings.

Unlike most of his fellow artists, Van Gogh purchased his canvas by the metre. Since the type of canvas often differed from one roll to another, this makes it possible in theory to identify which paintings he made using a particular roll. He generally ordered new canvas only when the previous roll was finished, which means we can also use this data to sequence his work with greater chronological precision than before. To do this, we need X-rays of as many works as possible. So far we have been able to analyze just over half his paintings in this way. We have now embarked on a new stage, in which as much of the missing material as possible will be added. The Automated Canvas Analysis Project, as it is called, is scheduled to begin in 2014. 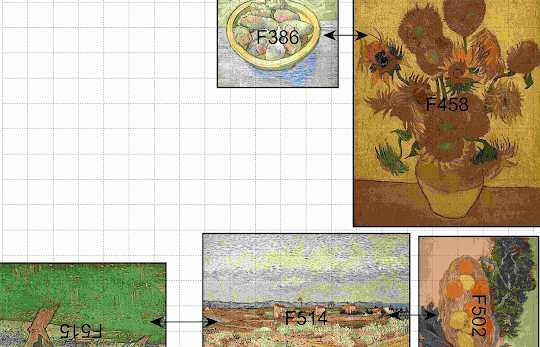