Dutch artist Steven Aalders (1959) makes abstract paintings in which he examines the work of major artists from the past. He largely focusses on their ideas about colour.

Please note: the museum is temporarily closed due to nationwide corona measures.

In Van Gogh’s work, Aalders recognises a similar investigative approach to colour. Van Gogh read widely about colour theories and liberally experimented with them. Through various combinations, he hoped to achieve high chromatic intensity. Inspired by Vincent van Gogh, Aalders seeks to capture the essence of the palette of Van Gogh’s The Harvest by bringing together the two most important colours in a carefully considered balance.

Aalders feels that the most important colours in The Harvest are golden yellow and azure blue. This is combined with a brick red surface on the wall. In doing so, Aalders shows how Van Gogh tested the colours in his painting to determine whether they were as potent as the colour of the floor in his studio.

On 24 January, the artist will explain more about his works in two 20 minutes artist talks.

Van Gogh inspires, to this very day. His choice of subject, brushstroke and sense of style fire the imaginations of many modern and contemporary artists. An alternating presentation of work by one such artist is always on display at the museum, often together with a work by Van Gogh. 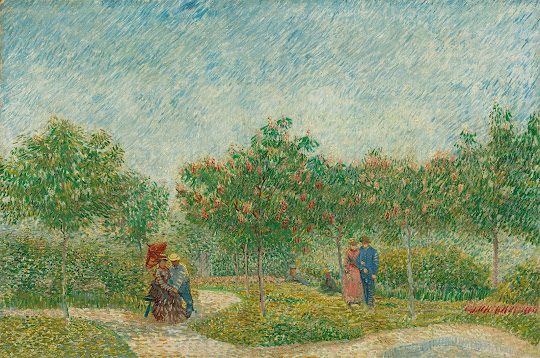