Vincent read like he wrote and painted: a lot and often. Even as a child, he devoured stacks of books. These stories helped him discover and develop himself. What books did Vincent read?

Vincent loved literature. In general, the books he read reflected what was going on in his own life. When he wanted to follow in his father’s footsteps and become a minister, he read books of a religious nature, and he devoured Parisian novels when he was considering moving in the French capital. During the many setbacks he faced later in his life, literature was something that kept him going.

What did Vincent read?

Vincent enjoyed a direct style of writing ranging from simple action stories and rebellious characters to books about everyday life and humanity. Of all the books he read, here are four that played an important role in his life. At the bottom of the page you will find Vincent’s more extensive reading list that includes 18 books.

Vincent’s father was a Protestant minister. He and his wife raised their children with a firm understanding of right and wrong. Vincent’s parents encouraged him to read for his own self-development. Vincent read moralistic books often favoured among members of the Protestant Christian community: the kind that stressed the importance of charity and humanity. These are also key values in the work of Dickens. Vincent read and reread works by Dickens throughout his life.

Vincent found wisdom he could apply to his own love life in the book entitled L'amour. He used it to justify his choices and how he lived his life: when he fell in love with his cousin Kee Vos, for example, and also when he lived together with Sien Hoornik, a prostitute. L'amour was written by Jules Michelet, a French historian, and is a moral lesson about love between a man and a woman. Vincent saw the book as a ‘modern gospel’ and found it a source of ‘practical instructions’. This made this book one of Vincent’s greatest sources of discovery in the form of reading (in 1873).

Zola’s stories were rooted in reality. He described life as it was really lived in Parisian slums or in miners’ villages: as rough, direct naturalism. Like Zola, Vincent wanted to give an honest depiction of what he saw around him: farm labourers, a weathered little old man, dejected or working women, a soup kitchen, a tree, dunes and fields. As Zola ‘painted’ with his pen, Vincent ‘wrote’ with his brush.

When Vincent went to live in Arles in the south of France in 1888, his taste in reading didn’t really change much but he now had a need for humour and satire as well. He read Tartarin de Tarascon, an entertaining caricature of the southern Frenchman. In this farce, Vincent could identify with life in southern France. Its humour impressed him. He believed that little happened in his own era that was truly uplifting and that art was the only thing that could give one any consolation.

‘Reading books is like looking at paintings: without doubting, without hesitating, with self-assurance, one must find beautiful that which is beautiful.’ – Vincent van Gogh in a letter to his brother Theo, 5 August 1881 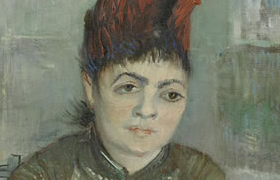 Did Vincent ever find true love? Read the story and get to know Vincent even better. 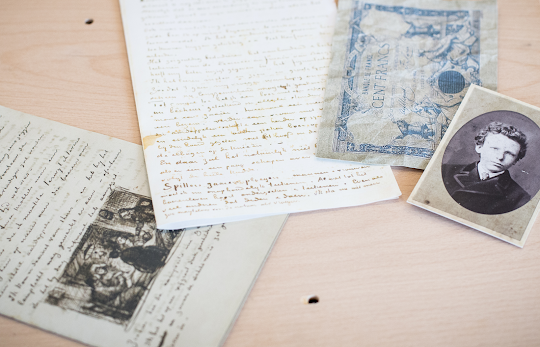 Interested in the letters that Vincent wrote? Take a look at the publications in the online shop