On 30 March we celebrate Vincent van Gogh’s birthday. How did Vincent celebrate his birthday? Who wished him a happy birthday? And did he receive presents? The answers to these questions are hidden in his letters.

If you were to tell Vincent how many people would be celebrating his birthday today, he would never have believed you. The artist only ever received a handful of best wishes by letter (greetings cards were yet to be invented). Vincent was not inundated with gifts; he was happy with the little things in life.

For his 21st birthday, Vincent’s younger brother Theo sent him 1 guilder to buy a pair of cufflinks. Vincent was living in London at the time, where he worked for art dealer Goupil. Theo also worked for Goupil, but in Brussels. Vincent could certainly put a pair of cufflinks to good use and appreciated the gesture, but also felt a little uncomfortable:

'In a letter from Pa and Ma I got a guilder from you to buy a pair of cufflinks. Many thanks, old chap, but you shouldn’t have done it, you need your money more than I do.' (Vincent van Gogh to his brother Theo, 30 March 1874. Letter 021)

Lots of people celebrate their 30th birthday with mixed feelings. Perhaps it’s even the first time that they don’t merrily jump out of bed on their birthday. This wasn’t the case for Vincent; he had a great day. He had been working as an artist for three years. At the time, Vincent was living in The Hague and taking lessons from celebrated artist Anton Mauve. Three days after his birthday, Vincent wrote to Theo:

'Thank you for your good wishes on my birthday. As it happened, I had a very pleasant day, because just then I had an excellent model for a digger.' (Vincent van Gogh to his brother Theo from The Hague, 2 April 1883. Letter 334)

Vincent’s 37th birthday turned out to be his last. He died in July of that year. Around his birthday in March, Vincent was feeling downcast. Theo was worried and tried to cheer him up, sending him a few reproductions of etchings by Rembrandt and a letter:

How pleased I would be to be able to go and see you tomorrow to shake your hand on your birthday. Will it be a celebration for you, or are you still in a state where you find yourself unhappy? What do you do during the day, and have you something to do to distract yourself? Can you read, and do you have what you need? […] I’m sending you a few reproductions of etchings by Rembrandt, they’re so beautiful. Good handshake, and believe me your brother who loves you. (Theo van Gogh to his brother Vincent, 29 March 1890. Letter 860)

Several weeks after Vincent’s 37th birthday, Theo still hadn’t heard anything from him. Theo started to get worried:

Your silence proves to us that you’re still suffering, and I need to tell you, my dear brother, that Jo and I are also suffering, knowing that you’re still ill. Oh, we’d be so happy if we could do something for you that might give you relief. (Theo van Gogh to his brother Vincent, 23 April 1890. Letter 862)

A week later, Vincent was finally able to reply to Theo. He was yet to recover fully, but didn’t want to be too late in wishing Theo a happy birthday. Theo was younger than Vincent, and celebrated his 33rd birthday on 1 May 1890.

'I haven’t been able to write to you until now, but as I’m feeling a little better these days I didn’t want to delay wishing a happy year to you, your wife and your child, since it’s your birthday. At the same time, please accept the various paintings I’m sending you with my thanks for all the kindnesses you’ve shown me, for without you I would be most unhappy.' (To Theo from Saint-Rémy-de-Provence, 29 April 1890. Letter 863)

You could say that Theo was Vincent’s most cherished ‘present’. With the close relationship that he had with his brother, Vincent was truly blessed. 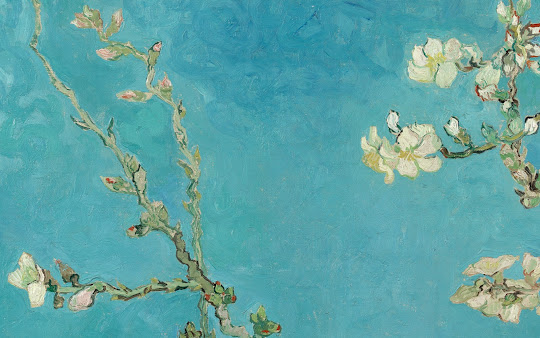 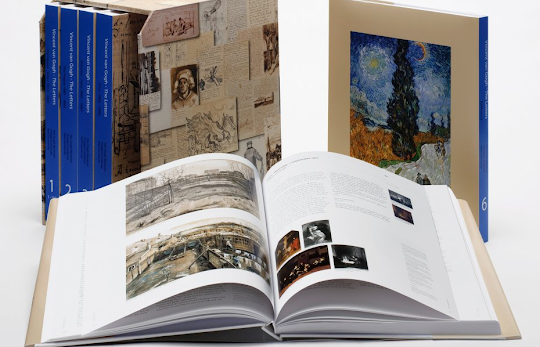 What wrote Van Gogh to his brother? Discover more in various publications