The making of Loving Vincent

The Loving Vincent team spent years re-imagining over 120 of Vincent’s paintings into the medium of film. Every one of the 65,000 frames of the film is an oil-painting hand-painted by 125 professional oil-painters who travelled from all across the world to the Loving Vincent studios in Poland and Greece to be a part of the production.

The film charts Vincent van Gogh’s death through interviews with characters from his life. Loving Vincent blends historical facts with a fictional plot. The Van Gogh Museum has supported this film since 2014, and in its role as knowledge and research centre, has been able to provide the makers with a wealth of information. Axel Rüger, the Director of the Van Gogh Museum, officially approved the concept and the film script.

Loving Vincent will be screened in cinemas all over the world. Cinéart film distributor has released the film in Dutch cinemas. Take a look at the Loving Vincent website to see which events are held close to you.

If you are curious about all of the paintings created especially for this animated film, or if would like to find out more about the cast and crew, head to the Loving Vincent website for additional information. 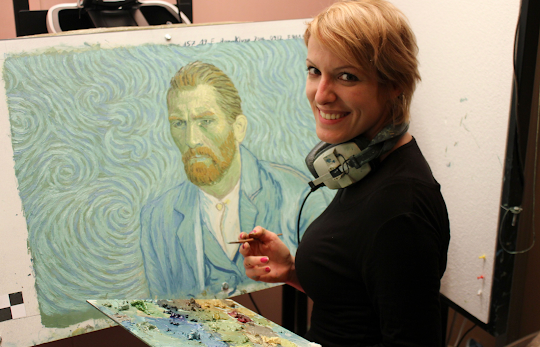 In July 1890 Vincent van Gogh took his own life. He felt he had failed. How did it go so wrong? Read the story