These exhibitions are expected in 2019-2020 in the Van Gogh Museum and The Mesdag Collection.

The French artist Jean-François Millet (1814-1875) is widely considered as one of the most significant Barbizon School painters, yet his enormous influence on the many generations of artists that followed him is often neglected. This exhibition illustrates just how progressive the work of Millet was for his time and how important he therefore was to modern artists such as Vincent van Gogh, Claude Monet, Paula Modersohn-Becker, Winslow Homer and Salvador Dalí.

Vincent van Gogh’s self-portraits take centre stage in In the Picture; a spring exhibition focusing fully on the role and significance of artists’ portraits. In the Picture provides a multifaceted introduction to the wealth of self-portraits and portraits produced by artists in the second half of the 19th century and the early 20th century. An absolute highlight of the exhibition is a unique loan from The Courtauld Gallery in London: Van Gogh’s iconic Self-portrait with Bandaged Ear. Based on the exhibited portraits, the exhibition explores themes such as the myth of the artist, the creation of a specific image and intimate self-contemplation.

In addition to being a talented artist, Vincent van Gogh was also a passionate letter writer. The majority of his more than 800 surviving letters are in the Van Gogh Museum collection. The letters offer a fascinating account of a life filled with dreams, disappointments, friendships and an overwhelming desire to create art. The summer exhibition Van Gogh’s Greatest Letters unites the most captivating letters with works by Van Gogh.

The Mesdag Collection, The Hague

The Van Gogh Museum Foundation took over management of The Mesdag Collection in 1990. In 2019 and 2020, the following exhibitions will be on show there:

Jean-François Millet was a shining example for the Hague School artists. Painters such as Jozef Israëls, Anton Mauve, Matthijs Maris and Adolphe Artz were all influenced by his radical compositions, his subject matter and the aura of his work. Jean-François Millet and the Hague School explores how these Dutch artists were inspired by Millet’s art.

With his distinctive painting technique, the Italian painter Antonio Mancini (1852-1930) was far ahead of his time. One of his patrons was Hendrik Willem Mesdag (1831-1915), a painter and collector from The Hague. During the course of 20 years, Mesdag shipped some 150 works by Mancini to the Netherlands, which he subsequently exhibited and sold on. The exhibition Mesdag & Mancini provides an overview of Mancini’s work, including his paintings of Italian circus boys and his magnificent (self-)portraits. 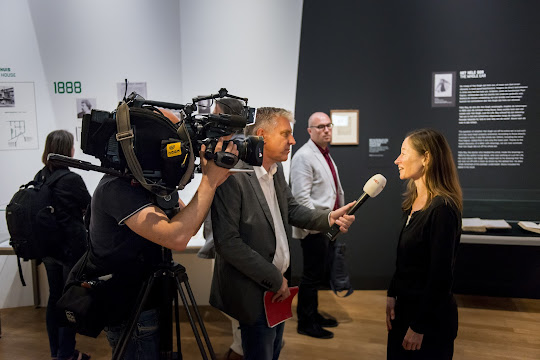 Are you a journalist or blogger who wants to visit the museum? Please request a press visit